I’ve been somewhere I’ve never been before and that’s in front of a movie camera! Yes, there’s a documentary in the making and I’m in it. In fact, it’s about me, although it really feels like it’s about someone else.

I feel honoured for the opportunity; however, with my fear of public speaking, being in front of a camera hasn’t come naturally. The producer tells me I’ve become much more relaxed but she’s also a very kind person. So, what’s this all about? Well in a nutshell and soon to be released trailer, the story is about my creative journey to my first solo Hats by Felicity show at New York Fashion week but more so the story is about innovation, community and following your dreams; all things you know I am passionate about. Stage one of filming is complete (phew) and from that footage you will soon see a snippet, so stay tuned. 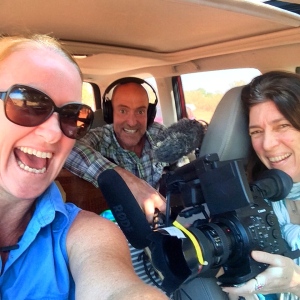 Apart from camera’s rolling, the Milliner has been on the move again, this time to Liveringa cattle station in the West Kimberley, for a fabulous evening at the historic old Liveringa homestead.

Ladies from nearby stations and from Derby and Broome frocked up for a night of hats and giggles on the homestead veranda from sunset. 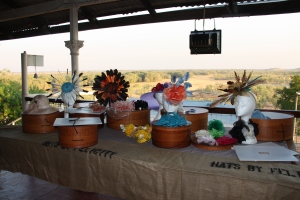 I love these events. It’s from such remote locations that some women try a headpiece for the very first time, which is often when the addiction begins. 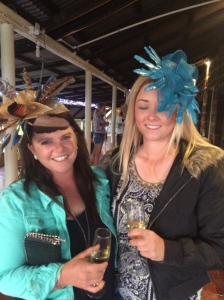 I love it when that one person gets the crowd moving and tries the first hat. The oooh’s and ahhh’s make my day. Usually I have only seen my creations on a foam head or on my own head, so I encourage people to try them on for my enjoyment just as much as their own and those who’ve gathered around. I love seeing how differently people position a piece on their head. I always say with my creations, “there are no rules”. I also love watching how a hat or headpiece can change a woman’s demeanour, her stance, how she holds herself, looks at her self – a hat can instantly create a confidence and release a personality. This goes for men wearing hats too. A man’s presence can strengthen; his shoulders move back and confidence grow when he puts on his hat. A hat can command instant respect and for some, their identity is their hat. 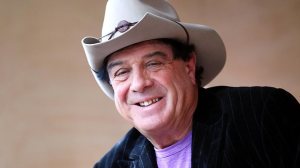 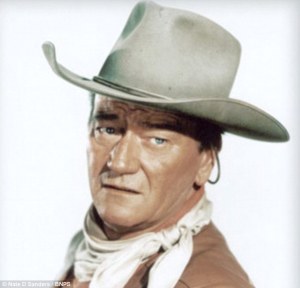 My DAFWA work colleagues with their new Sunbody cowboy hats

Wearing hats, coming together for events, catching up with friends and meeting new people are all so important when you live remotely. The Milliner on the move adventures are always such a joy because we get to indulge all of the above and more. 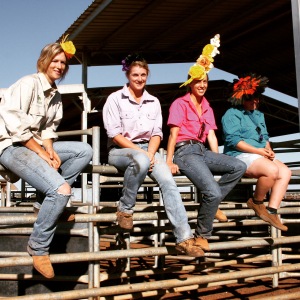 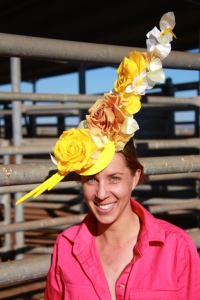 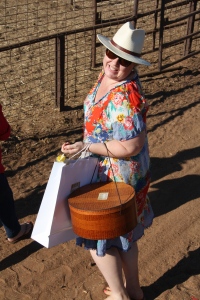 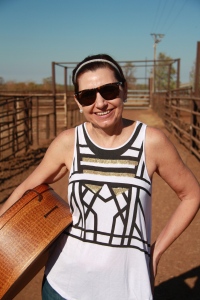 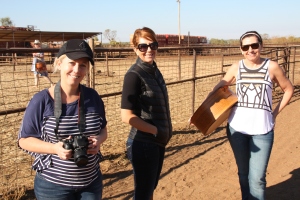 It’s our Ladies Day and Cup day in August and the commissions for bespoke creations have been plenty. Prior to these prestigious events though, it’s my 2015 collection unveil at the Broome Turf Club and Corporate cup race day Friday 24th July. I am in the final stages of preparation for this collection and event. And believe me; I get as nervous on my local stage as the big one in NYC! Speaking of which, the countdown is now less than two month’s till the Hats by Felicity NYFW show! I better get back into that shed!

Have a wonderful day and a belly laugh with a friend. Xf 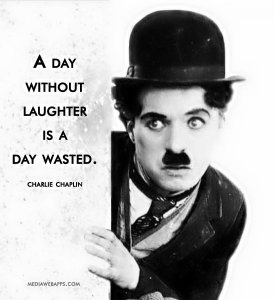 Posted in General, On the move to NYFW in September 2015